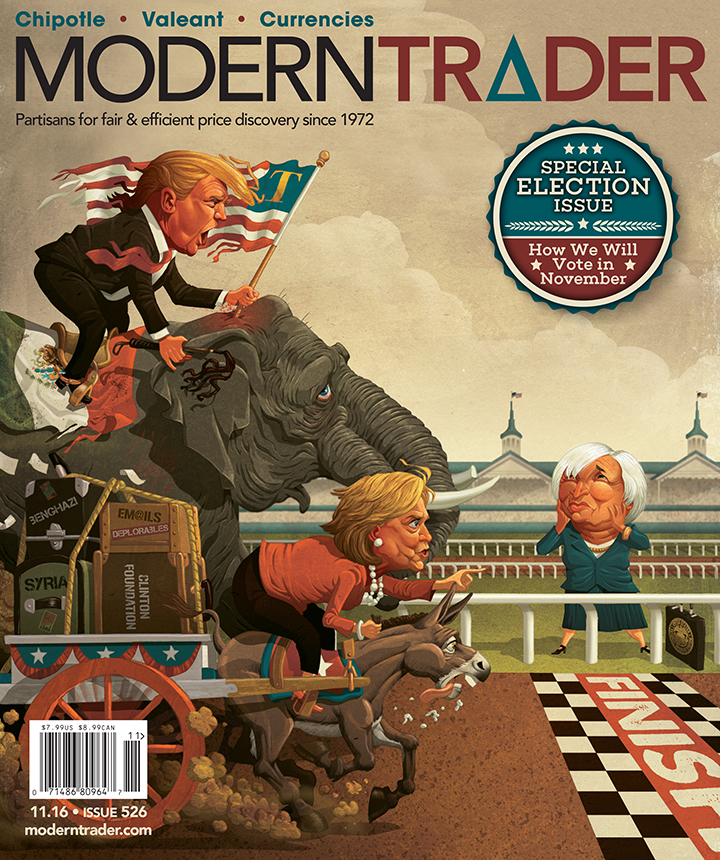 The Moderm Trader "Election Issue" cover has been nominated for the Best Political Cover of 2016 by the American Society of Magazine Editors. Many thanks and congrats go out to Jeff Joseph and AD Michael Beckett. Truly a team effort.

The winner will be determined by popular vote on Facebook so please give Modern Trader a hand by going to the link provided below and vote for our cover. It's a small magazine and it's up against the biggies like The New Yorker, Bloomberg, Time, Politico, Vanity Fair, and Variety.