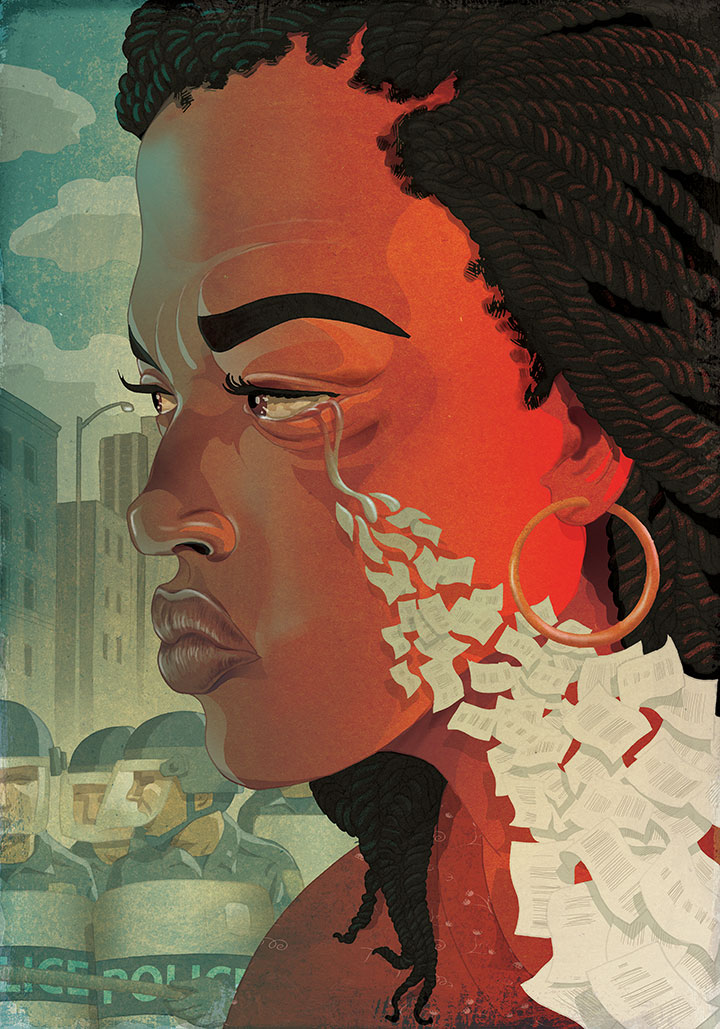 On May 13th the MDDC Press Association had their annual press awards and I was pleasantly surprised to find out that the above illustration, commissioned by The Baltimore Sun, won Best of Show Art/Illustration of 2015 It won both in it's division (A) and overall. I had no idea it had been entered but I'm certainly happy it was.
The illustration was a weekend section cover that accompanied a collection of writings by local writer's reflecting on the Freddie Gray death and aftermath. As the tears fall they transform into pages. Many thanks to Jay Judge at the Baltimore Sun.